Joseph M. Brown is an associate professor of political science at the University of Massachusetts Boston. His research focuses on political conflict, including protest, state repression, and terrorism. His first book, Force of Words: The Logic of Terrorist Threats (Columbia University Press, 2020) explores how violent non-state actors use threats to attain their political goals. The book reorients the field of terrorism studies, prioritizing the symbolic, psychological dimension that makes this form of conflict distinctive. Professor Brown’s second book, under contract with Columbia University Press, concerns environmental activism, particularly the use of direct action tactics. The book will examine these issues in the context of land defense and anti-pipeline activism in the United States and Canada.

Professor Brown’s peer-reviewed articles have appeared in International Organization, Political Science Research and Methods, The Journal of Conflict Resolution, Terrorism and Political Violence, Dynamics of Asymmetric Conflict, The Journal of Political Science Education, and The Oxford Research Encyclopedia of International Studies. He has also written for the Washington Post and made television and radio appearances on National Public Radio, Al-Jazeera, CNBC, WGBH Boston, Fox25 Boston, and The Loopcast. His research has been supported by the Horowitz Foundation for Social Policy and the Earth Institute.

Professor Brown received his Ph.D in political science from Columbia University, an M.A. in history from Brandeis University, and a B.A. in music from Wesleyan University.

He lives and works on the ancestral and unceded homelands of the Massachusett people.

Sought after as a commentator on terrorism, Prof. Brown has appeared on outlets such as NPR, CNBC, WGBH, and Al-Jazeera and has published in The Washington Post. 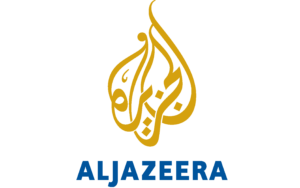